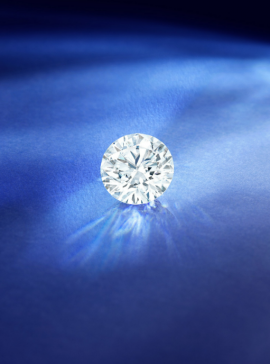 Phillips auction house in Hong Kong has announced that it will hold its Jewels and Jadeite sale on Nov. 27. The event will be putting some of the rarest diamonds (both colored and colorless), Burmese rubies, vivid yellow diamonds along with other items on the ballot. The highlight of the auction is a brilliant-cut 26.12 ct. unmounted diamond that’s expected to fetch between $2.3 million and $3 million. Not only is the stone considered the most chemically pure of all diamonds as a type IIa, it’s D flawless, which is regarded as the most coveted of the colorless diamond spectrum.

“This season, we are delighted to curate a highly selective sale to cater to various interests from gem connoisseurs to seasoned collectors, fashionistas, and tastemakers,” said the head of jewels at Phillips Jewels Hong Kong, Charlene Lau, in a statement. “We are very proud to be presenting an exceptional 26.12 carat D flawless (type IIa) diamond, as well as a strong selection of natural unheated Burmese rubies that are highly sought after.”

All interested bidders must place bids in person, via absentee bid, or by telephone and satisfy Phillips’ premium lot pre-registration procedure no later than 24 hours before the start of the auction session.