The Last Diamond Unearthed: The Countdown is On!

According to new research published by the Fancy Color Research Foundation (FCRF), one of the most overlooked facts concerning the diamond industry is that the world’s diamond mines are rapidly depleting. Within a quarter of a century, the majority of the 45 most notable diamond mines operating today will cease to exist, and the last diamond will be unearthed in 60 years. According to the FCRF, diamond prices will rise as supply wanes.

Rise of Recycled Diamonds a Double-Edged Sword for Industry

The market for recycled diamonds has grown substantially in the last decade following the financial crash of 2008, and though it is hard to guage the market as a whole due the less-than-transparent avenues through which they are bought and sold, estimates are that the trade in recycled diamonds is now worth between five and ten percent of the global market - or approximately $1 billion - and is expanding. Abraham Dayan, writing for Rough-Polished, looks at some of the players in this growing market, the advantages it provides for manufacturers in need of affordable supply and retai

The Diamond Doctor, a prominent and well-respected jewelry wholesaler and retailer in Dallas, is joining with Southwest Diamond Cutters, founded by a fifth-generation master diamond cutter, to establish a new state-of-the-art diamond cutting facility that will serve retail and wholesale clients across the U.S., reports Business Wire. The facility will house 14 diamond cutters and support staff and is scheduled to open in mid-2016 following the completion of building renovations.

Industry analyst Edahn Golan says fine jewelry retail sales in the US in 2015 posted a modest 1.1% rise, in the November-December holiday season, sales increased 2.5% YoY. The increase is good news, says Golan, but he adds the industry should remain cautious, "we are not out of the woods yet".

Goldstür has announced the deployment of a first series of automated cash for jewelry kiosks in a supermarket chain in Minnesota, where customers can have gold, silver and platinum jewelry pieces appraised automatically, with the option of trading in their jewelry for cash or gift cards in a process that takes but a few minutes. The kiosks link with real-time commodity prices to provide potential sellers with an accurate, current price for their jewelry.

U.S. households constitute, in effect, the single biggest diamond mine in the world, with over $1 trillion worth of polished diamonds. Any individual who owns a diamond is a stakeholder of this mine. It is estimated that there are only 50 more years’ worth of new gem quality diamonds worthy of excavations. The future of diamonds lays with recycling already-mined diamonds and repurposing them.

A Belgian wedding planner, Iris Decreus, launched an online platform, available in Dutch, English, French, Spanish and Chinese, where she provides grooms and brides-to-be advice on buying a diamond engagement ring. Apart from information on the wide variety of diamond ring options such as sizes, qualities and materials used, Decreus includes a research section that compared prices for a specific diamond and a comparison of services provided by 16 of the largest jewelers who have an online boutique, evaluating services such as payment method, insured shipment etc.

More Women Buying Their Own Jewelry

Jewelry has traditionally been something gifted to women and even now that view holds strong, but many women have given up waiting and are buying jewelry for themselves – for the fun of it ('Just Becausers'), for investment purposes, as divorce presents, or as a beautiful way to squander their bonuses. Bonhams auction house reports that at its most recent jewelry sales in London, half the buyers were women. The trend is global; in the US, Bonhams expects one-third of its jewelry buyers this year to be female, while in Hong Kong, the figure is already 41%.

Decades after the De Beers Group started its “A Diamond Is Forever” campaign, the grandchildren and great-grandchildren of that slogan’s era are hoping to use those stones for their own engagements. And women in their 40s, 50s and 60s are looking for convenient and affordable ways to update their jewelry, or consolidate several stones into one piece. Gemvara, an online custom jewelry company, is exploiting a widening market gap. The mantra of reduce, reuse, recycle seems to be finding its way into the jewelry box.

Pre-owned luxury fashion and accessories eCommerce has proven to be far from threadbare. As the global luxury market cools, bracing itself for slower more sustainable growth, the luxury secondhand market is heating up, evidenced by the recent significant levels of venture capital investment in leading luxury pre-owned fashion consignment platforms. Valued at about $19 billion, the global luxury pre-owned fashion resale market lands not even remotely near a shabby chic classification.

Imports of polished diamonds by the sub-continent are soaring, with market sources in India saying it is due to high volumes of sales of older items of jewelry set with diamonds in countries such as Japan, China and the United States. The recycled items are being exported to India where they are reworked into new jewelry pieces.

Love for Resale: A Look Into the Recycled Diamond Industry

The recycled diamonds trade has become a huge, under-the-radar market. Analysts estimate overall sales of “recycled diamonds” at about $1.5 - $2bn a year, out of $81bn in diamonds sold globally at retail. And that may be an underestimate. How much this is affecting the wholesale market is unclear.

JCK reports that millions of items sold on Etsy could be counterfeit or constitute trademark infringement, an analyst warned on downgrading the company’s stock. “As many as 2 million items on Etsy (more than 5 percent of all merchandise) may potentially be either counterfeit or constitute trademark or copyright infringement,” wrote Wedbush’s Gil Luria and Aaron Turner of Wedbush Securities, as quoted by Business Insider, adding: “Etsy has become a go-to destination for counterfeits. 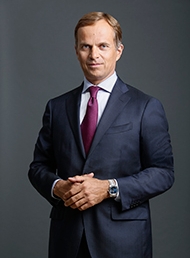 Jean-Frédéric Dufour, the former CEO of LVMH-owned watch brand Zenith, officially will become Rolex’s new global CEO on June 17. Prior to LVMH, he worked in product development for Chopard for eight years, and also held positions at Swatch Group and luxury watch brand Ulysse Nardin. Dufour is the third in a rapid succession of CEOs--starting with Meier in 2008, then Marini in 2011 and now Dufour in 2015.

JCK's Rob Bates blogs from the American Gem Society annual get together in New Orleans, saying attendees' mood is mixed. Despite encouraging sales for some, for many business is still bumpy. Bates concludes that while facing many challenges, such as increased pressure from online sales, the trend to buy diamonds off the street and second hand, the industry seems to take a fresh look at their business.

The U.S. Customs and Border Protection seized $375 million worth of fake watches and jewelry in 2014, representing nearly one-third of the overall $1.2 billion in phony goods seized.

Apple is not able to launch its new smartwatch in the 'luxury watch capital of the world', Switzerland until at least the end of this year beause of an intellectual property rights issue, prohibiting to use the image of an apple nor the word "apple". The patent from 1985 is set to finish on Dec. 5 of this year. The Apple Watch will be available in stores in nine countries on April 24.

Gold recycling in Asia is expected to gain ground as China and India continue to be major centers of global gold demand, according to a recent report by the World Gold Council and the Boston Consulting Group.

The amount of recycled gold returning to global markets dropped to a seven-year low last year and will probably stay stable in 2015, according to a World Gold Council report written and published jointly with The Boston Consulting Group (BCG).

Business Insider gives five simple DIY tricks to test if a diamond is real or fake. But the most conclusive test remains to take your diamond to a reputable gemological laboratory.

“The younger, millennial generation is increasingly shifting from buying in stores to buying online. Over the next few years you will see a lot of people who will go into a store and see something they like, then will take a photo of it or the GIA certificate and the price with their smartphone. They will then look online and quickly find that they can get it between 20 percent and 30 percent cheaper somewhere else”

The Sotheby’s auction in New York of 44 pieces of jewelry owned by the late Estée and Evelyn Lauder have sold for $3.9 million. The collection included a ruby, emerald and diamond Cartier Tutti Frutti bracelet that sold for more than $2.1 million.

What If Diamonds Aren’t Forever After All?

An increasing amount of purchased diamonds are re-entering the market. Diamond recycling is becoming popular among consumers. The phenomenon now has investors wondering how recycled diamonds will affect supply and demand.

A fancy vivid blue pear-shaped 9.75-carat diamond owned by the late Rachel ‘Bunny’ Mellon has set an auction record for any blue diamond, having sold for $32.6 million. Mounted in platinum, the gem’s value was estimated to be between $10 million to $15 million and sold to an anonymous Hong Kong collector.

The Cocktail Watch Makes a Comeback