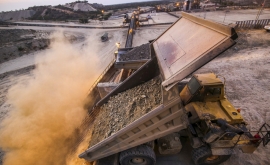 Petra Diamonds representatives have announced that they will suspend operations for up to three months following the breach of its tailings dam at the Williamson mine, in Tanzania. There is currently a team of experts from Tanzania's National Environment Management Council (NEMC), together with Petra representatives assessing the full scope of the damage. Petra representatives reported three minor injuries and damage to 13 homes after the breach caused widespread flooding. "A preliminary estimate suggests that production will be temporarily suspended for up to three months until the new TSF has been commissioned. In the interim, and to minimize the overall/medium term impact of the lost production, planned maintenance will be brought forward along with accelerated waste stripping,” they said in a statement. Petra said it was planning to operate a new tailings storage facility which was already under construction at the time of the incident.