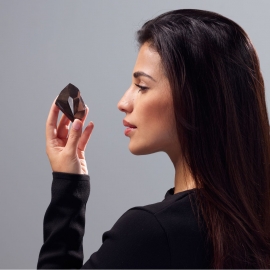 Auction house Sotheby’s announced an extremely rare black diamond of 555.5 carats with a 55- facet cut, called the Enigma, will go under the hammer in February.

The Enigma was listed in the 2006 Guinness Book of World Records and will become the largest of its kind to be put up for auction. Sotheby’s expects the stone to fetch between $4.1 and $6.8 million.

According to the auction house, the Enigma is a rare piece that cannot be compared to other diamonds or even other black gemstones sold in the past.

The origin of the diamond is unknown as the current owner chooses to be anonymous.