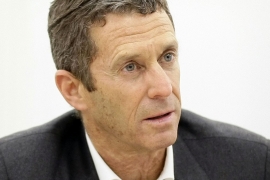 Israeli mining tycoon Beny Steinmetz was found guilty of bribing Guinea officials close to former president Conte, to give him access to an iron-ore mine for a mere US$200m, now valued at US$5bnb, a Geneva judge ruled, sentencing Steinmetz to five years in jail and a US$56.6 million fine. The controversial Steinmetz has been the object of many accusations and investigations which he has managed to escape scot-free, until now. Steinmetz lawyers have already announced they will appeal the court's decision.