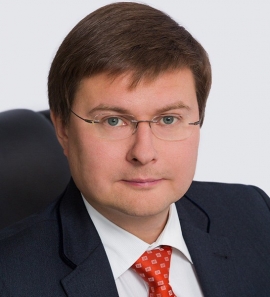 Russian diamond giant ALROSA has announced plans to open an office in India to monitor the local market, tagging Jim Vimadalal, who previously worked at Indian offices of Rio Tinto and Swarovski, as Director of ALROSA's representative office in Mumbai. The representative office won't be engaged in trading activity, but will rather focus on cooperating with local industry organizations and advising current clients of the company on different technical issues, the company said. He will also negotiate with potential clients and monitor the condition of Indian diamond market. Vimadalal will also monitor research into the Indian consumer market, as well as issues concerned with preventing synthetics from entering the Indian natural diamonds market.

Prior to joining ALROSA, Vimadalal formed part of the sales and marketing team at Rio Tinto's Indian representative office, and before that, he headed up Swarovski's Western India business operations. Sergey Ivanov, Chief Executive Officer and Chairman of the Executive Committee of ALROSA, said he was, "confident that his wide experience in sales and marketing will contribute to strengthening our partnership with India, as well as expanding the company's presence in the country's diamond market." He added that, "India is one of our key partners; local companies successfully cooperate with ALROSA under both long-term contracts and spot transactions. The opening of the office in Mumbai will enable us to better cooperate with industry organizations and our current clients, as well as expand our client base in the country."

Ivanov meets President of the Republic of Angola, João Lourenço in Davos

Also today, the Russian miner announced that Sergey Ivanov held a working meeting with the President of the Republic of Angola, João Lourenço, during the World Economic Forum in Davos. The two discussed issues related to the closing of the transaction to increase the participation of ALROSA in Catoca Ltd. Mining Co. to 41%, and the participation of ALROSA in the development of large Luele diamond deposit through the international enterprise Luaxe. Mr. Ivanov also thanked the Angolan President for the openness and the measures being taken by the country's authorities to create favorable conditions for mining companies.

"Recently, we have seen positive changes related to increasing of transparency and improving the investment climate in Angola. I am sure that the efforts being taken by Republic's authorities to attract investments to the economy, will soon bear fruit and will contribute to the launch of new large projects", Mr. Ivanov said after the meeting.