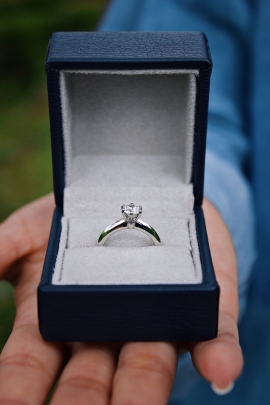 According to CNN Business, lab-grown diamond jewelry sales are surging. But why is that? CNN asked a few diamond specialists to weigh in on this matter.

While its slice is growing, we should take into account that with 7%, the market share of lab-grown in the diamond jewelry market remains relatively small.

The question is why consumers are getting more interested in lab-grown these days.

According to Golan, the price tag seems to be the most obvious reason as the price difference is huge. An engagement ring with a lab-grown diamond of the same size, cut and clarity as a natural diamond is 73% cheaper.

Dan Moran, a third-generation diamond expert and jeweler agrees, stating the typical buyer of lab-grown diamonds is younger than 40 and indeed very budget-conscious. He also says they are becoming more popular as consumers are more aware and educated about them.

Some major jewelry retailers like Pandora and Signet are currently trying to mainstream lab-grown diamond jewelry. According to them, consumers are increasingly asking for it as conscious consumerism is growing, and people want to know the origins of the stones in their jewelry.

One important consideration consumers have to make when they buy a lab-grown diamond: they have little resale value. As Golan concludes: “Once a stone is identified as a lab-grown diamond, even though you paid a lot less for it, you also won’t get much for it”.