Alrosa Sees Sustainability Message as Key To Winning Over US Consumers 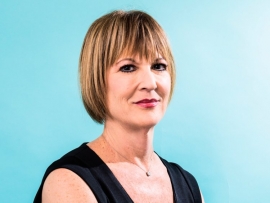 Russia's Alrosa is the world's largest diamond miner by volume, yet the company has largely flown under the radar in the United States, the world's largest diamond market. Rebecca Foerster, head of the company's North American division, is on a mission to change that, and she says Alrosa's sustainability initatives are the key, according to Richard Feloni of Business Insider. Further, the company's transparent mine-to-retail value chain is an easy sell for American retailers seeking to assuage their customers' desire for responsible supply chains.

"Alrosa, as a pure-play mined diamond company, is one of the few companies that can, without question, guarantee the chain of custody and the provenance of the diamonds that they mine," Foerster told Business Insider. This is critical advantage, given how American consumers are demanding accountability from companies, particularly regarding environmental impact and treatment of workers. She says the industry "ha[s] done a really lousy job of communicating" how far diamond mining come from the days of rampant trading of conflict diamonds, and of quashing the lingering 'blood diamond' narrative that originated nearly twenty years ago.

The head of Alrosa's North American division also touched on the fact that environmental reclamation is now the standard when it comes to developing diamond mines. "When a mine is built today, there is a plan in place already, before the mine even gets started, of what's going to have to happen to put the environment back to the way it was after the life of the mine is over," Foerster said. Although sustainability initiatives have become par for the course among diamond miners, Alrosa's efforts in this regard are perhaps the most prominent. Alrosa updated its sustainable development policies in 2017, adapting them to the United Nations' Sustainable Development Goals.