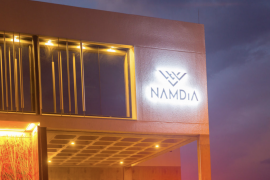 According to the Namibian, allegations of irregularities at the state-owned Namdia and rough being sold below value to a select club in Dubai continue. The newspaper claims Govt officials at the ministry of mines haven been informed of the continued underpriced selling of rough diamonds to select companies, the article cites Dubai –based SBMH Group DMCC and Neil Haddock as main beneficiaries of the system. Haddock used to be a middleman at Namdia’s operations but his contract extension was blocked last year by Namibia’s Minister of Mines Alweendo. Earlier this year, Namdia CEO Kennedy Hamutenya was said to be facing a disciplinary hearing following an investigation that revealed “a string of violations” by Hamutenya.

A Namdia spokesperson said the company will be issuing a request for proposal to build a digital auction platform to sell its rough shortly. In the industry, tender houses use similar platforms, however, the digital system is in most cases predominantly used to accommodate the bidding process after potential buyers have physically inspected the goods, which remains the preferred way of assessing and buying rough diamonds.