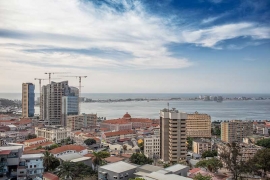 In a press release, SODIAM, the state controlled diamond marketing arm of Angola has announced that together with special advisor and former Dubai frontman Peter Meeus, they will continue talks with five tender houses (Bonas, First Element, I-Hennig & C°, Koin International and Trans Atlantic Gem Sales) who responded to a request for proposal and expressed interest to set up operations in the Angolan Diamond Bourse (ADB), to be established in Luanda. In addition, two proposals from (Antwerp-based) deep-boiling service providers Elmyr Services and Quality Boiling (Charlotte), will be evaluated as the Angolan government contemplates adding deep-boiling services to the new facility that will be built in the nation's capital.