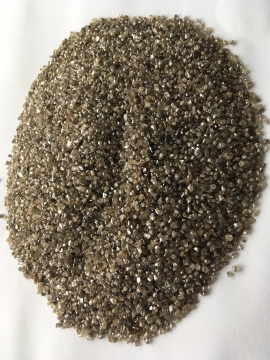 India's rough diamond trade is facing significant difficulties importing diamonds following a customs directive requiring them to submit a detailed description of the imported diamonds, including country of origin, size, type, color and clarity - an 'impossible' demand, representatives say. The fear among traders is that even a minute discrepancy in the norms may lead to seizure of the shipment as well as a large penalty, which could affect manufacturing activity in Surat, the country’s diamond cutting and polishing hub. Traders that fail to submit a detailed description of the imported goods will not be able to release their parcels.

In a note released on May 4, the customs department cited recent incidents of suspected false declaration of values of both imported and exported rough diamonds. It said the description of the diamonds is often incomplete, merely describing them as 'rough diamonds' without any detail about their value. India's representative trade organization, the Gem & Jewellery Export Promotion Council (GJEPC), has argued that “there is no regulatory standard or industry standard for a uniform and consistent description of the details sought by the customs,” said executive director Sabyasachi Ray. “Now, if customs finds some discrepancy, there will be a seizure of the goods. The authority may seek huge penalties and there will be an inordinate delay in clearing the goods.” He said this crackdown could have a direct impact on manufacturers and jobs.

A statement the GJEPC issued last week highlights the concern about the impact the new customs regulations might have on the trade, claiming the "approach could threaten that trade by delaying shipments and creating uncertainty among rough importers. It continues, stating, “It is very likely that major diamond [companies] would shy away from making further exports to India, as the regulatory onus placed on them by the Indian customs authorities is impossible to meet ... The procedures are also unworkable, as there is a huge range of rough-diamond types and no agreed classification standard."