Namdia Selects Buyers for Nambian Diamonds (and Names Them) 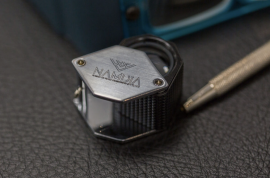 Namibia’s state-owned diamond trading company, Namib Desert Diamonds (Namdia) has selected 16 companies to buy its stones from 2019 to 2021, and notably, has identified them publically. Namdia expects to sell diamonds worth over $140 million (N$2 billion) a year to 16 companies from six different countries. Belgium and Namibia top the list with four firms each, with two more companies (Pluczenik Diamond Company and Samir Gems) headquartered in Antwerp but listed under other countries. Click here to view the list.

The announcement of the buyers is a departure from form on the part of Namdia, which had earned a reputation of selling diamonds to secret buyers who were never made public when the state-owned company started operating in 2016. They had previously said this list would again remain secret. Criticism of their secrecy, however, led to mines minister Tom Alweendo forcing Namdia to advertise the sale of diamonds publicly. Alweendo also questioned why the company was not being transparent about the sale of Namibian resources. Former Namdia spokesperson Usi //Hoëbeb told The Namibian last year that their clients preferred to remain anonymous because they had received information that “unscrupulous elements” in society had targeted some of their clients in the past, but his account was short on detail. “Our clients have preferred to remain anonymous, and for their safety, we would not wish to compromise that,” he stated.

The lack of transparency with which they sold their rough diamonds fuelled concerns that Namdia was selling Namibian diamonds to Dubai cheaply. Despite the latest transparency achievement, concerns about selling diamonds cheaply are likely to remain, writes journalist Okeri Ngutjinazo, noting that Namdia has been the subject of investigations since it was founded in 2016. Namdia has continuously denied allegations of corruption and the under-pricing of diamonds. Namdia said they received appiclations from 70 companies from across the globe. Some of the requirements the firm looks at are having a good business reputation, financial stability, experience in the trade of natural rough diamonds, subscription to the Kimberley Process, and having enough money to pay for the gems.

Namdia is a 100% state-owned company created through an agreement between the government and diamond multinational De Beers in 2016. The company serves as a diamond sales and marketing arm of the state. According to the 10-year agreement between De Beers and the government, the partnership company known as Namdeb Holdings will channel 15% of its diamonds, worth around N$2 billion each year, to Namdia.