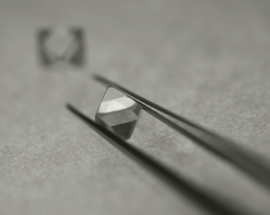 “In 2017, rough diamond demand was fairly stable, market activity was in line with the seasonality and our expectations", said ALROSA Vice President Yury Okoemov. "The average price of rough diamonds sold by ALROSA was a little lower than a year ago, which is due to the changed sales assortment resulting from the increased demand for small-sized rough diamonds from Indian diamond cutting sector in the first half of 2017. We expect that in 2018 the diamond market will be balanced due to a moderate growth in the global demand for diamond jewelry and no major change in the global diamond mining."