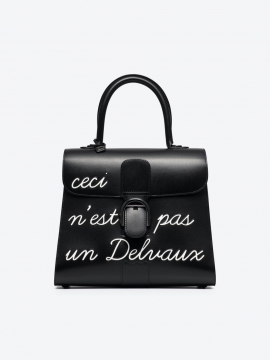 Swiss luxury group Richemont announced it had acquired Belgian leather goods label, Delvaux. The group didn’t disclose the terms of the transaction but shared the deal would have “no material financial impact” on the net of the firm’s assets or operating results. According to a Citigroup analyst, the estimated cost of the deal could be as much as 250 million euros ($296 million), adding the move was “consistent with Richemont’s desire to grow in the leather accessories segment.”

Founded in 1829, by Charles Delvaux, the brand is considered the oldest fine leather luxury goods house in the world. "In 1908, Delvaux was the first to apply for an official patent for a leather handbag and can thus be called the inventor of the modern luxury handbag", according to the press release. "The Maison's rich archives and the creative momentum over the past ten years represent a solid foundation from which the company can grow for the long term", said Philippe Fortunato, CEO of Fashion & Accessories Maisons at Richemont.

Delvaux’s leather pieces are crafted by artisans in its workshops across Belgium and France and are sold in 50 boutiques worldwide.