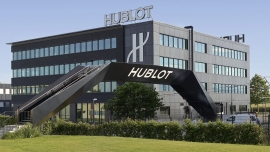 LVMH Moët Hennessy Louis Vuitton recorded revenue of 10.6 billion euros (11.5 billion dollars) for the first quarter of 2020, down 15 percent compared to the same period in 2019 and down 17 percent on an organic basis. The group says that with these results, LVMH "has proven its ability to be resilient in an economic environment disrupted by a serious health crisis that has led to the closure of stores and manufacturing sites in most countries in recent weeks, as well as the suspension of international travel."

Products in the Watches & Jewelry business group had the poorest performance during the quarter, recording a 26 percent drop in organic revenue to 792 million euros (860.5 million dollars), with reported revenues falling 24 percent. The company added that Bvlgari experienced a decline in its activity due to the closure of its stores, in Asia in particular and after a good start to the year, TAG Heuer and Hublot were affected by the reduction of orders by retailers. The LVMH Group last week announced all four of its watch brands, Bulgari, TAG Heuer, Hublot and Zenith, will leave Baselworld. The news was not surprising, following a prior announcement that Rolex, Patek Philippe, Chopard, Tudor and Chanel will ditch the show in favor of creating a new event in Geneva in April 2021.

Online revenue significantly increased over this period. Shopping in stores has gradually picked up in China since early April, which is the most positive recent development to date. LVMH further said that the closures of the group’s manufacturing sites and stores in most of the world’s countries in the first half, will have an impact on the annual revenue and results. The company hopes that the recovery happens gradually from May or June after a second quarter which will still be very affected by the crisis, in particular in Europe and the US.

At a meeting on April 15th, 2020, the LVMH Board of Directors assessed the economic situation resulting from the Covid-19 pandemic and, in light of current events and governmental recommendations, decided to propose a 30% reduction in the dividend announced on January 28th for Shareholders’ approval at the AGM on June 30th, 2020. The dividend for 2019 will therefore be €4.80 per share and, given the interim dividend paid on December 10th, 2019, the balance of €2.60 per share will be paid on July 9th, 2020. In addition, the Board was informed of the decision taken by Bernard Arnault, as Chairman and Chief Executive Officer, and by each of the other Executive Board members to give up their remuneration for the months of April and May 2020 as well as all the variable remuneration relating to 2020.