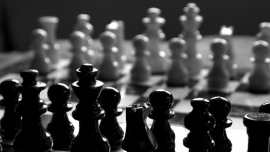 The World Federation of Diamond Bourses (WFDB) has responded to the revised U.S. Federal Trade Commission's (FTC) guidelines released last week as they relate to the issue of descriptors for diamonds. The industry body regrets the "bias towards the lab-grown diamond sector", said WFDB President Ernie Blom, adding, "we do not feel that the views of the diamond sector were taken sufficiently into account", and called for the FTC to revisit their decision.

"In its latest revision", as JCK's Rob Bates summarizes, "the FTC made a number of changes to its traditional guidance regarding both lab-grown diamonds and diamonds in general. It removed the word natural from the definition of a diamond; allowed new descriptors for lab-grown gems as long as they clearly describe the product as not mined; said that implying lab-grown stones are not real could be deceptive; deleted the word synthetic from its list of approved lab-grown descriptors; and okayed the previously forbidden word gemstone to describe man-made stones." As WFDB's Blom emphasizes, the new guidelines are not in line with the Diamond Terminology Guidelines as agreed last year and implemented by the WFDB and a host of industry organizations. However, he pointed out that the new guides do require that all lab-grown diamonds must be clearly and conspicuously disclosed.

"We have a united stand regarding nomenclature which was agreed with all the combined knowledge and experience of the leading industry bodies, but the FTC appears to have moved in a different direction," Blom said. "The guidelines do not include the views of the global diamond trade which the WFDB represents, although we are pleased that lab-grown stones have to be clearly marked as such. Our paramount aim is always consumer confidence and the revision has the potential to cause a degree of confusion. The FTC notes that manufacturers that make diamonds in a factory setting are free to use other descriptors as long as they 'clearly and conspicuously convey that the product is not a mined stone,' but we feel that this might provide too much latitude in their marketing claims."

Blom concluded, "We hope that the door is still open for us to go back and approach the FTC in order to try and persuade the organization to re-think its decision."