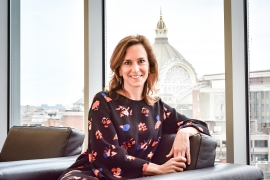 AWDC's Head of Public Affairs, Karla Basselier, is leaving the Antwerp umbrella organization after 9 years in office. The jurist who was, among others, in charge of lobbying for the diamond industry on local, national and supranational political levels, is taking up the post of chief of staff in the cabinet of Belgium's Vice Prime Minister Van Quickenborne, in the recently formed new Belgian Federal government, effective immediately. Mrs Basselier's mandate will be followed up by her former colleagues in AWDC's Management Team, while the organization recruits a replacement for the position.