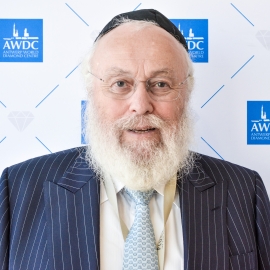 The new AWDC Board of Directors has elected Chaim Pluczenik as new President the AWDC among its members replacing outgoing President Nishit Parikh, who retired after two years in office as President and didn’t apply as a candidate in the recent elections. Board members Bart De Hantsetters, representing the (manufacturing) industry and Isi Morsel, representing the trade have been appointed as Vice Presidents.