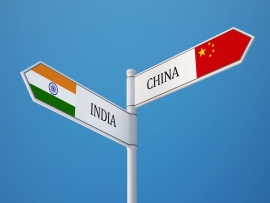 As the tensions between India and China continue to rise after the military standoff at Ladakh, a fierce trade war between the two countries is looming, and imports and exports are already being affected. India Today reports that while in India, the call to boycott Chinese goods is sounding louder and louder, exporters are experiencing trouble to export goods to Hong Kong and Mainland China, as shipments are blocked by Chinese Customs. On Indian side, the article says, shipment containers from China are also being blocked by Indian Customs in Mumbai and Chennai. Indian government officials denied the delays in custom clearance are related to recent events at the Chinese-Indian border.