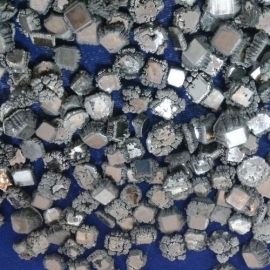 Following a vote on Monday, members of the Bharat Diamond Bourse (BDB) have decided to lift the ban that was instated in 2015, prohibiting the trade in LGD. According to BDB officials, companies will have to adhere to a set of rules to be able to trade LGD, such as the creation and registration of separate entities for those trading in both (natural) diamonds and LGD, implementation of separate inventories and processes etc. Earlier, India's GJEPC announced the addition of a LGD membership category, following requests of members. Polished LGD exports increased 54% y-o-y to US$276.1m between April and November this year, confirmed by GJEPC Vice Chair Vipul Shah in a press release: "During the pandemic, LGD cuting and polishing has been a blessing in disguise as well; LGD's were a substitute for natural diamonds, especially when the industry had voluntarily banned rough imports of natural diamonds."