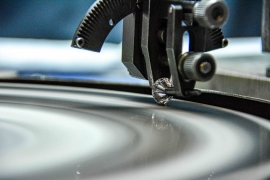 The diamond trade, like many global industries, slowed significantly in February as the economic impact of the new coronavirus COVID-19 spreads across the world. Consumers in China, the world's second largest maket for diamond jewelry, have stayed at home as large sections of society and social life have shut down. Sales through Hong Kong, one of the world's largest diamond distrubution centres, have essentially halted. "Manufacturers and dealers are facing a severe liquidity crunch," writes Rapaport in a press release. "Diamond prices dropped as a result of the slowdown."

According to the RapNet Diamond Index (RAPI™), prices for 1-carat diamonds fell by 1.6% in February; the index shows that prices for 0.50 carat stones have fallen by 1.5% and those for 0.30 carat goods fell 2.1%. The latter Rapaport names "a popular category in the Chinese market." The price declines, however, do not tell the whole story; the entire industry is anxious, with no one knowing what the situation will be from week to week. "Nobody can predict" how long the market will be disrupted, we were told by a major supplier. Manufacturers in particular are in a bind; their stocks of diamonds were already high and they need to sell  their goods to get liquidity to finance rough purchases and pay their workers. The fear among some dealers is that the longer the consumers are not buying, the more desperate some manufacturers will become to sell, even if they must sell at a significant discount - pushing prices down even further.

Rapaport confirms the scenario dealers have expressed to us: "Midstream inventory levels have already increased," they write. "The number of diamonds on RapNet stood at 1.56 million on March 1, up 14.7% since the beginning of the year. Manufacturers are reducing prices to raise cash and minimize their inventory risk." The knock-on effect of a slowdown in manufacturing is a decline in rough demand. De Beers is reportedly allowing sightholders to refuse "Chinese" goods, while Alrosa is holding discussions with their contracted buyers concerning what options are available to support the market. They will be making an announcement later this week.