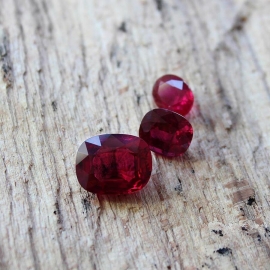 International diamond brokerage firm Bonas will hold its fourth colored gemstone tender at the Hong Kong SkyCity Marriott Hotel from Saturday 14 to Wednesday 18 September 2019 to coincide with the September Hong Kong gem and jewelry show. Bonas will tender "the most extraordinary gemstones" to retailers and wholesalers looking for special pieces to add to their collection. This September’s tender will feature 460 examples of precious coloued gemstones. Unlike traditional auctions, tenders have no listed selling price, nor extra fees such as the buyer's premium. It's a structured invitation for buyers to submit one highest bid only, thus, enabling traders to purchase at true market value.

The selection of quality colored gemstones is wide and varied in size, color and clarity, with many fresh-to-the-market examples. The sale will feature "a spectacular range of impressive sapphires, important rubies, vibrant emeralds, aquamarines, spinels, garnets and tourmalines." Leading the sale are three unheated Burmese rubies, two of which are of Burmese origin, unheated and certified by GRS. The first is a 17.14 carat cushion shaped ruby, while the second weighs 5.15 carats and is typified by a beautiful red color saturation. A third significant ruby is a 8.06 carat Burmese “Pigeon’s blood” ruby. Other notable rubies include a vivid unheated ruby of 4.09 carats from Mozambique with good brilliancy, clarity and also of “Pigeon’s blood” color.

Bids can be placed online via www.bonascolouredgems.com