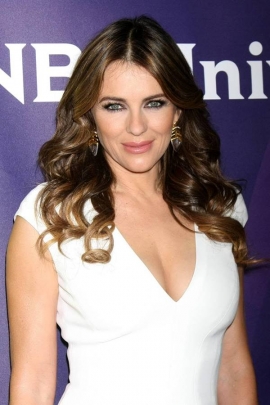 The Federation of Belgian Diamond Bourses (FDBD) and the Antwerp World Diamond Centre (AWDC) have signed on as partners for the second edition of CARAT+ to be held in Antwerp from from May 6-8. Under the agreement, Easyfairs - the organizer of CARAT+ - and the Antwerp diamond industry "will combine their efforts to continue to build an ambitious vision for the future of the international diamond business", according a press release from the organization. The organization of CARAT+ in the Antwerp Expo Halls, with large spaces and logistical facilities, meets the demands of exhibitors and visitors alike, and anchors the show in Antwerp, the organizers said.

“We are pleased an agreement has been reached in order to bundle our efforts with CARAT+, the new Antwerp diamond and jewelry show,” said Philippe Barsamian, President of the FBDB. “This partnership will create a new synergy and will ultimately benefit the entire Antwerp diamond industry and especially our members. The dynamism and the diversity of our diamantaires will be highlighted in this new international framework.” Dirk Oosterlinck, Managing Director Easyfairs comments, “This partnership allows us to associate the Antwerp diamond sector and its organizations to an already successful CARAT+ trade-show concept.” Adding, “With our partners, we believe we are even better placed to expand the CARAT+ claim as ‘The World’s Premier Diamond Event’ and to continually develop it into the most relevant meeting, networking and sales event for the international diamond business.”

In an earlier press release, the organization announced that British actress and model Elizabeth Hurley has been named the show ambassador and special guest of CARAT+ 2018. The iconic film and TV star will open CARAT+ Night on Sunday, May 6, before meeting exhibitors and discovering the loose diamonds, diamond jewellery and coloured gemstones on display. As the star of the event, Hurley will follow in the footsteps of CARAT+ 2017 ambassador, model and former ‘Bond Girl’, Caterina Murino, who added extra sparkle to the occasion. CARAT+ founder and event director, Filip Van Laere, says: “We are thrilled to welcome Elizabeth Hurley to CARAT+ 2018. Her iconic beauty, glamorous sense of style and talents reflect the sparkle of the diamond and diamond jewellery industries, making her the perfect choice to be the face of our event. Just as Caterina Murino wowed the attendees of CARAT+ Night in 2017, we are confident that Elizabeth will do the same in May.”

Launched in 2017, the event attracted more than 3,000 visitors and 130 exhibitors in its first year. In addition to the FDBD and AWDC, show partners and sponsors also include Dutch bank ABN AMRO, motor company, Bentley, security expert Brinks, Brussels Airlines, insurance broker Driesassur and the GIA.