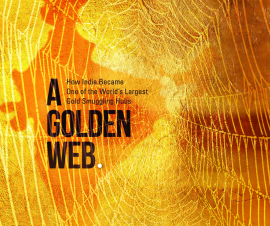 In its latest report, Canada-based NGO IMPACT claims India has become the world’s hotspot for conflict gold originating from Africa and South America.  According to IMPACT, the country imports roughly a 1,000 tonnes of gold per year, 25% more than the official figures state.

In their research, IMPACT says it has revealed how illicit gold, potentially linked to conflict, human rights abuses and corruption, is smuggled into India – one third of the world’s gold passes through the country – primarily via the United Arab Emirates.

In 2013, the Indian government eased taxes for unrefined gold, an incentive aimed at boosting India’s refinery and (jewelry) manufacturing industries.  The researchers claim that this move led to an explosion of gold smuggling, where traders falsify paperwork and use Dubai as an intermediary to bring conflict gold, amongst others sourced in the Great Lakes region, into the legal circuit via India.

IMPACT concludes that governments should harmonize export and import taxes between trading partners to disincentivize illicit trade en build a strong regulatory framework with increased controls to address the problem.