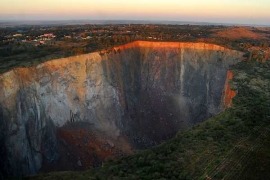 Describing itself as in “a transitional period”, Petra Diamonds on Friday said it expected its revenue for the full year to be around $430-million, owing to variability in its product mix. The diamond miner further noted that it expected to meet its initial full-year production target of 3.2-million carats, but not the 3.3-million-carat revised guidance it had set in February. The London-listed company said that the transitional period was the result of the underground production at the South African Finsch and Cullinan mines being sourced from mature and diluted mining areas, causing variability in both the achieved run-of-mine grade and product mix.