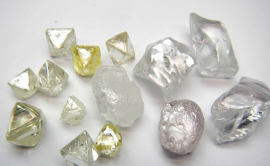 The Angolan government has announced it will extend the open tender, announced at the end of February, with another 45 days, due to the Covid-19 pandemic.