Gem Diamonds' Profit Plunges in 2019, Share Price Falls With It 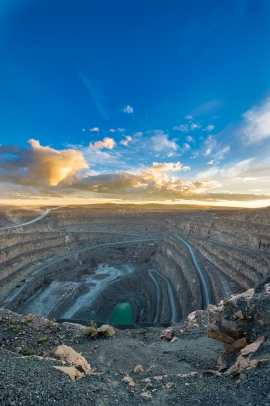 Gem Diamonds yesterday announced that its profit for 2019 took a plunge as weaker diamond prices and fewer large diamond recoveries put pressure on a miner whose product was expected to shelter it somewhat from a challenging market. Gem's profit for the year from continuing operations fell 71% to $15.0 million from $52.4 million in 2018, while its attributable profit lost 77%, falling to $7.1 million from $31.7 million a year ago. The stock market was not kind to Gem's share price, which this week sunk to an all-time low.

In a live audio webcast presentation yesterday, CEO Clifford Elphick said, “We have a tender coming up in two weeks and we have not seen any cancellations that give us cause for concern,” he said. “But we will see how it translates into price. I would not be surprised if there was some impact (of COVID-19) given the loss of confidence and the impact of the unknown.” Elphick during the presentation said the London-listed firm’s 2019 revenue declines were impacted by the lower grade obtained from its satellite pipe of the Letseng mine in Lesotho as well as the lower selling prices. Underlying earnings before interest, tax, depreciation and amoritisation (EBITDA) fell 58% year-on-year to $41m.

Some of the positive takeaways from the year was that the company achieved $55m in repeatable business savings ahead of its $100m a year target by 2021. It has also signed a new 10-year lease with the Lesotho government securing mining from Letseng. “This [long-term stability], together with the continued emphasis on cost controls, positions the company well for an upturn in the market for Letšeng’s quality production which appears to have begun,” Elphick assured shareholders.