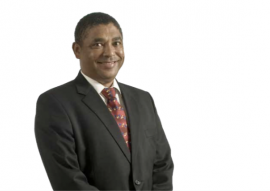 Trans Hex, the Johannesburg Stock Exchange (JSE)-listed diamond exploration and mining company which has diamond operations in South Africa and Angola, has announced the resignation of its CEO Llewellyn Delport as persistent challenges to its South African operations have weighed on its operational performance and placed the future of the mining company - which has been in existence for more than 50 years - in doubt. Delport was appointed Trans Hex chief executive in 2004 and his departure is effective August 31. Nonexecutive chairperson Marco Wentzel will serve as executive chairperson of the company until a suitable candidate is found to succeed Delport.

Delport, in the company’s 2019 report issued in July, said that while their Angolan business had been growing financially, with a strong performance from the Somiluana Mine in Angola which "continues to show exceptional promise", the South African business experienced considerable challenges due to declining small diamond prices, lower than expected diamond grades and increasing costs relating to security. In the company's July financial statements for the 12 months ended 31 March 2018, Trans Hex cautioned stakeholders about its ability to continue as a going concern, stating there was “material uncertainty” around its ability to fund its short-term liquidity requirements as they continued to experience operating losses to the tune of ZAR 9.3 million ($654,592) in 2019, a slightly improved result compared to a loss of ZAR 70.8 million ($5 million) in 2018. The warning was followed less than a week later by the company's announcement that it was considering going private, initiating a buyback program for minority shareholders and potentially delisting from the JSE. Trans Hex has been in the process of offloading several of its operations to raise funds. In May, the company sold nearly 70% of its Namaqualand project, while in April 2018 it sold the Lower Orange River deposit.

The company said in its financial report that a combination of lower diamond prices for small stones on the world market and the underperforming geological resources put them in a negative-cash-flow position at West Coast Resources in South Africa, but they continued to grow their performance in Angola. Regarding delisting from the JSE, the company that said its board “believes that the listing provides little benefit to the company at this stage of its operating cycle.”