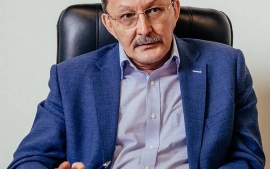 Two members of Alrosa’s executive committee are leaving the Russian diamond miner: Deputy CEO Yury Okoemov, who has most recently supervised the work of Alrosa's diamond cutting complex, and Head of the Legal Department Alexander Matveev. The departures came about by mutual agreement, the company confirmed in a press release.

Yury Okoemov has held senior positions in various divisions of Alrosa since 1993. From 2009 to 2018, he served as Vice President, and from 2018 as Deputy CEO. In addition to helping usher in improvements to rough diamond sales and auctions, Okoemov was among the initiators of new high-tech technologies being introduced in the field of rough diamond sorting and evaluating, contributing to the miner's technical modernization program and the launch of new and significantly more efficient diamond sorting machines. Alexander Matveev has been at the head of Alrosa's Legal Department since 2009. Following their departures, the diamond cutting complex will report directly to CEO Sergey Ivanov, and Konstantin Mashinsky, Deputy CEO, will supervise the work of the Legal Department.

Alrosa additionally made some new appointments: Sergey Imangulov, who has worked in ALROSA for over 22 years, was appointed the company's chief ore enrichment specialist. Prior to his appointment, he led the integrated enrichment department at Yakutniproalmaz Institute. Alla Popova, who previously was responsible for the corporate youth policy and career guidance, became the Director of ALROSA's personnel training center.