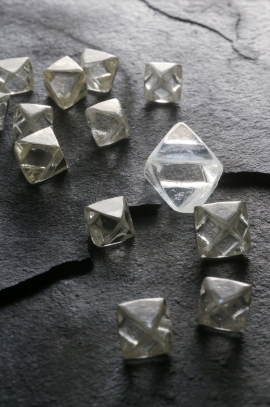 The De Beers Group has announced its production results for 2018 and Q4 2018, reporting that annual production increased by nearly 7% to 35.3 million carats, while a 4% decline in carats sold was offset by a higher average price per carat, leading revenues to rise 2% to $5.4 billion. They said the rise is production was due to a planned increase at the Orapa mine, although the group's output was in the lower half of the production guidance range of 35 to 36 million carats. The miner sold 33.7 million carats in 2018 (35.1m in 2017), but the average price per carat increased by 6% to $171 from $162, due to a lower proportion of lower value rough diamonds sold in 2018. De Beers has set its 2019 guidance at 31-33 million carats, explaining that the lower production is driven by the process of exiting from the Venetia open pit, with the underground becoming the principal source of ore from 2023.