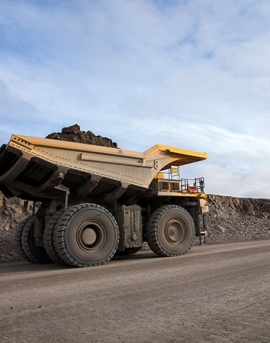 Canadian miner Mountain Province's production and sales of rough diamonds from the Gahcho Kué mine underwhelmed in the third quarter of 2018, as production was on the downside of flat during the quarter, while sales increased against a low comparison point in 2017 and the cost of production rose. Sales increased by 15% to US$57 million (C$75 million) at an average price of US$73 per carat, but net income dropped by 37% to US$13 million (C$17.5m) from US$21million (C$16m). Mountain Province also repurchased US$15.0 million ($19.7 million) of debt during the quarter and paid a dividend of $8.4 million. Sales for the nine months ended September 30, 2018 were US$186.4 million (C$240.5 million) at an average realized value of US$77 per carat ($99 per carat).

Mining operations at Gahcho Kué continue to meet or exceed targets with the plant producing over 5.39 million carats in the first nine months of the year, for an average recovered grade of 2.21 carats per ton (“cpt”). The recovered grade for Q3 2018 was also very high at 2.40 cpt. Mountain Province’s 49% attributable share of diamond production (De Beers 51%) for the three ended September 30, 2018 was approximately 891,000 carats, compared to 894,000 in Q3 last year and 946,000 carats last month. and 2,642,000 carats respectively. Tons or ore treated and carats recovered are both tracking ahead of forecast figures and at September 30 2018, and the company remains well positioned to exceed the upper end of its full year 2018 production guidance of 6.3 – 6.6 million carats recovered.

CEO Stuart Brown, the Company’s President and CEO, provided extensive commentary on the miners recent performance and outlook. “The performance of the Gahcho Kué Mine was as expected for the quarter, we remain on track to achieve or exceed all production targets for the year in a safe and sustainable manner. The sales for the quarter were in line with our expectations but do reflect the somewhat difficult trading conditions that have been widely reported in the rough diamond market over the recent period. The market for fancies and specials has remained strong with firm pricing in all categories."

Brown pointed to the currency, fraud and finance issues plaguing the Indian industry as having an impact on the market, but he expects price stability to return: "The impact of the weakening Indian Rupee, together with the overhang from demonetisation and a major fraud in India have combined to reduce the availability of credit offered to diamantaires in the industry. A consequence of this has been a price weakening of goods of the small lower quality and brown categories where we have seen price decreases during Q3. With major diamond jewellery retailers reporting strong results to date in 2018 and the industry forecasting a positive holiday season for sales in the US, the industry is well positioned to see some price stability return in the first half of 2019."

He added, "In line with our policy of assessing cash flow and striking a balance between paying dividends ($8.4 million) and reducing debt ($19.7 million) during the third quarter, the Company has taken a view that with the current pricing pressure it will not be declaring a dividend this quarter but will continue to buy back the debt when the opportunity arises. We will also continue to review the balance between debt reduction and any surplus cash being available for dividends on a quarter per quarter basis throughout 2019."