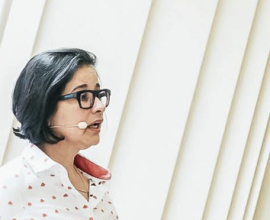 Petra Diamonds has appointed Mrs. Varda Shine and Mr. Bernard Pryor to its Board as Independent Non-Executive Directors, with effect from 1 January 2019, in accordance with the Petra nomination committee's three-year succession plan. The plan is in line with Petra’s development from a phase of intensive capital expenditure and expansion to a focus on steady-state operations. Varda Shine has been in the diamond industry for 30 years and was previously CEO of De Beers Trading Company.

Petra’s Chairman, Adonis Pouroulis, said: “It gives me great pleasure to welcome Varda and Bernard to the Board. Their significant experience and expertise in both the mining sector and the diamond world will be a considerable asset to our Board and we look forward to working with them. Today’s announcement demonstrates the solid progress the Board has made in its Succession Plan and we expect to be in a position to make further announcements with regards to Board composition later in FY 2019.”

Varda Shine s a Non-Executive Director, CEO’s mentor and a diamond industry Advisor. She is an Advisor and Vice Chairman at Channel Capital Advisors and member of the Advisory Board at Sarine Technologies. She has over 30 years’ experience in the diamond industry, joining De Beers in 1984 and serving as CEO of the De Beers Diamond Trading Company (DTC) from 2006 until 2014. There she developed extensive expertise in government relations, corporate strategy, the growth of markets in emerging economies, personal development for senior employees and business development. She currently sits on the Boards of Lonmin Plc, the Mineral Development Company Botswana and Sarine Technologies. She is also a Governing Board member of the Diamond Empowerment Fund (DEF) and a trustee of the Teenage Cancer Trust.

Bernard Pryor is a Metallurgical Engineer with over thirty-five years’ experience in the international mining industry. He has held senior executive positions across a range of disciplines including project acquisition, development and construction and has run large scale, fully operational mining assets. His experience also includes international commercial and general management, most notably in Australia, Brazil, West and Southern Africa, the Middle East and Russia. He is currently CEO of Alufer Mining and Non-Executive Chairman of MC Mining Limited.  Mr Pryor was previously CEO of African Minerals Limited and Q Resources plc. Between 2006 and 2010 he held senior positions within Anglo American Plc as Head of Business Development and was CEO of Anglo Ferrous Brazil Inc. Prior to that he was COO at Adastra Minerals Inc in the DRC.