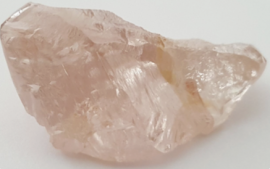 Lucapa Diamond Company today announced that a selection of large, premium-value Lulo diamonds will be the first Lulo production sold through new marketing channels being introduced as part of Angola’s diamond sector reforms, which represent a milestone for Angola's rough diamond trade. Additionally, Lucapa has exported its first parcel of ~2,500 carats of diamonds recovered from the Mothae kimberlite diamond mine in Lesotho to the global diamond trading centre of Antwerp, Belgium.

Lucapa has been supporting its Angolan Government partners as Angola establishes the technical regulations for the recently-gazetted diamond marketing policy being introduced as part of the Government’s diamond sector reforms. As part of these discussions, Lulo alluvial mining company, Sociedade Mineira Do Lulo (SML) is preparing to sell certain select large premium-value diamonds in what will be the first Lulo production to be sold through the new marketing channels. The diamonds were extracted from run of mine production at Lulo and held over from previous sales by SML in anticipation of the new marketing policy being introduced. They include six top-colour Type IIa white diamonds weighing a total of 449 carats, along with a 46 carat pink diamond.

Lucapa Managing Director Stephen Wetherall commented: “The discussions with our Angolan partners regarding the policy changes taking place in the Angolan diamond sector have reached a stage where we are now able to plan for the sale of these large premium-value Lulo diamonds held over from previous sales. We look forward to marketing these exceptional diamonds as soon as the necessary arrangements are put in place to continue showcasing Angolan diamonds to the world.” The large and premium-value diamonds noted above were excluded from recent sales of Lulo diamonds. The latest run of mine production parcel of 2,531 carats (excluding the 114 carat, 85 carat and 62 carat diamonds) achieved gross sale proceeds of US$2.5 million (A$3.4 million), representing an average price per carat of US$985 (A$1,355).

According to daily newspaper Jornal de Angola, under the new “Diamond Marketing Policy”, companies that extract diamonds in Angola can freely sell up to 60% of production, which has brought an end to the previous “Preferential Customers” regime. Authorised by a Presidential Decree of July 27, the new policy stipulates that diamonds from artisanal mining, through small cooperatives, are acquired exclusively by the national diamond trading company Sodiam, based on market price and the official price list, to be approved by the government. In the new system for the sale of rough diamonds the sale by producers to “indicated companies or companies owned by them,” is possible, according to the “authorised quota of up to 60% of production,” using long-term contracts, duly authorised by the government, as well as to cutting companies located in Angola.

Lucapa and the Government of the Kingdom of Lesotho also announced the first export of diamonds from the high-value Mothae kimberlite diamond mine in Lesotho. The parcel of ~2,500 carats of Mothae diamonds recovered from the ongoing bulk sampling program have been exported to the global diamond trading centre of Antwerp in Belgium for cleaning and valuation. This parcel includes yellow diamonds weighing 89 carats and 25 carats, other Special diamonds of up to 28 carats as well as small light pink diamonds. Lucapa last year acquired a 70% interest in the advanced Mothae kimberlite project in diamond-rich Lesotho for $9 million. The Mothae kimberlite pipe is a high-quality diamond resource located within 5km of Letšeng, the highest US$ per carat kimberlite diamond mine in the world. Lucapa is constructing a 1.1 million ton per annum treatment plant, complete with XRT recovery technology, under its Phase 1 development program and is scheduled to commence high-value production at Mothae in H2 2018.