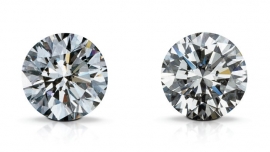 Ethics: it's "More than a PR issue!" The Diamond Development Initiative (DDI), a non-profit working to improve the lives and working conditions of artisanal and small-scale miners in Africa, issued a response to the recent decision by the US Federal Trade Commission (FTC) on synthetic diamonds and how it could impact the market for artisanally-mined diamonds. The organization not only regrets the expansion of the definition of diamonds to include lab-grown diamonds - which most in the industry have argued against - but also, and principally, "the way the synthetic people advertise their product as 'ethical', as though nothing else is. In our opinion, the economic impact of synthetic stone advertising is truly what is of utmost importance and what is at stake here."

"Lab-grown diamond producers are touting their stones as ethical and environmentally-friendly," the DDI writes. "For those who haven't had the chance to read about it, this is exactly what the Maendeleo Diamond Standards are all about. Diamonds are a driver of development and the only hope for hundreds of thousands of families in Africa and around the world. Putting them out of business instead of working with them to improve standards makes no sense. Furthermore, by allowing synthetics to be called "diamonds", the FTC made it more difficult for consumers to distinguish one from the other. All the PR-speak aside, you should be making sure the diamonds you purchase are not only ethical and traceable but also benefit miners and their communities."

They add that while synthetics are not currently a big part of the worldwide market, "there is a growing concern about them increasing in popularity. That could impact big producers, but experts think it will mostly affect the artisanal market. For thousands of artisanal miners in diamond-producing countries in Africa, it could mean a huge dent in their livelihood." And this, despite the advertising, is not 'ethical'.