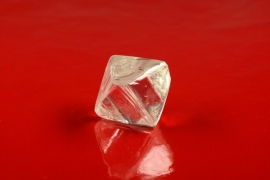 The Russian miner additionally points to an improved rough diamond product mix and higher selling prices as the drivers of their revenue increases, as their earnings from rough diamond sales increased 13% year-over-year ($1.36B in Q1 2017) despite a 5% decline in the volume of carats sold. They further attribute their 78% spike in EBITDA (q-o-q, 37% y-o-y) and 200% surge in profit (q-o-q, 40% y-o-y) to "stringent" cost control initiatives. The miner also notes they repaid $600 million in bank loans during the quarter from the proceeds of the sale of their gas assets.

Sergey Ivanov, CEO and Chairman of the Executive Committee, explains, "ALROSA's excellent financial performance in Q1 2018 is largely due to improved market conditions, which we were able to fully benefit from, and stringent cost control."

Earlier this week, ALROSA reported that Sergey Takhiev would be taking the helm of ALROSA corporate finance. Prior to joining ALROSA, Sergey was Director of Investor Relations at NLMK Group, global steel company. His team’s efforts were recognized as the best in class among public companies in the global metals and mining sector. Sergey Takhiev studied Financial Management at the Academy of National Economy, and he is a graduate from INSEAD (France). Sergey has over 13 years of experience in metals and mining sector.

Alexey Philippovskiy, ALROSA Chief Financial Officer, commented, “In his new role, Sergey Takhiev will be responsible for attaining a fair valuation of the company, improving its information transparency, building dialogue with the finance community, investors, credit rating agencies, as well as management of the long-term financing. Sergey’s experience in the global public company will help to deliver successful implementation of ALROSA’s corporate finance strategy.”