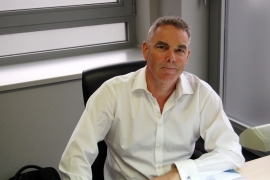 Just a day after Firestone Diamonds announced that Stuart Brown was stepping down as its CEO and Director, handing the reins to Paul Bosma, Mountain Province Diamonds has announced Stuart Brown's appointment as the new President and Chief Executive Officer, with effect from July 1, 2018. Brown will be taking over for David Whittle, who has served as Interim CEO since last June. "Over the past year," MPD writes, "he has done a tremendous job of leading the company through a difficult period with the successful refinancing of Mountain Province’s bank debt. He also completed the acquisition of Kennady Diamonds, which added significant long term value for the Company’s Shareholders."

On the appointment of Stuart Brown, Mountain Province writes, "Mr. Brown has over 25 years of experience in the diamond industry, where he has gained a wealth of experience across all aspects throughout the diamond pipeline from exploration, mine development and operations to the selling and marketing of diamonds. In 2006, after numerous roles within De Beers over a period of 14 years, Mr. Brown was appointed as the De Beers Group Chief Financial Officer. He held that position for over five years, and in 2010 was appointed joint acting CEO to run De Beers’ global activities in addition to his CFO duties. Since September 2013, Mr. Brown has been the CEO of publicly-listed Firestone Diamonds Plc, a diamond producer in Lesotho. Mr. Brown was responsible for securing the funding and building the team that delivered the successful construction and transition to production of Firestone’s Liqhobong diamond mine. Mr. Brown has an enviable track record of leading business transformation to develop lean, agile and high performing organisations."

In their most recent quarterly report for the period ended March 31, Mountain Province Diamonds reported earnings from mine operations of US$19.2 million (C$24.6 million) and net income of only US$546,368 (C$700,000) in its financial and operating results for the quarter. Included in the determination of net income was an unrealized foreign exchange loss for the quarter of $10.3 million on the translation of the company’s USD-denominated long-term debt, the miner said. The company did not record any sales in the comparable period for 2017 as sales were still credited against mine construction costs in that period. Two tender sales were conducted in the first quarter of 2018, through the company’s diamond broker based in Antwerp, Belgium, achieving total sales of $67 million. Average realization in the first quarter was US$99 per carat ($126 Canadian). Mountain Province’s sales increased at its April rough-diamond tender as a higher carat volume outweighed a weaker average price. The miner sold 451,000 carats of rough from its Gahcho Kué mine for $26.4 million at an average of $59 per carat. The company’s 49% attributable share (De Beers 51%) of diamond production for the three months ended March 31, was approximately 804,000 carats.