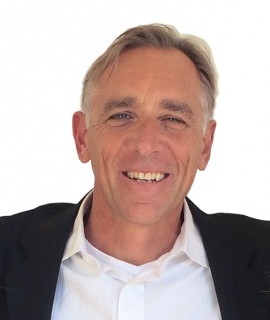 Firestone Diamonds, a new diamond producer with operations focused in Lesotho, announced that Paul Bosma has been appointed as the new Chief Executive Officer with effect from July 1 2018, following Stuart Brown's decision to step down as CEO and Director of the company. Firestone writes in its statement that Paul Bosma has more than 24 years' experience in the mining industry, of which 14 years have been in the diamond sector where he worked for De Beers. He joined Firestone in 2014 as the Mineral Resources Manager and in 2016 became General Manager of Liqhobong mine. His responsibilities to date have included managing and implementing the commissioning and ramp up to commercial production of the Liqhobong mine, day to day managing of site operations as well as producing the recently approved revised mine plan.

Lucio Genovese, Non-Executive Chairman, said the Board of Firestone, "has been impressed with Paul's role as General Manager of Liqhobong, while his significant experience in the diamond sector as well as a deep understanding of capital markets make him the ideal candidate to become the new CEO." Outgoing CEO Stuart Brown, who joined Firestone just under five years ago with the mandate to lead the financing and construction, said, "I have no doubt the company will continue to grow and be a successful diamond producer. With the operations now at steady state production and the team carrying out a recently signed-off, optimised mine plan, I feel confident that Firestone is well placed to realise its full potential under Paul's leadership. Paul knows the Liqhobong mine better than anyone and has been instrumental in delivering the mine performance within budget, and continuing Firestone's remarkable zero lost time injury record since project commencement in July 2014."

Firestone commenced production at the Liqhobong diamond mine in Lesotho in October 2016, developing the new mine on time and under budget and hitting its early operational targets; however, lower than expected diamond prices achieved have forced the young miner to revise their plan. The revised life of mine plan lowers its production output from 14 to nine years, with the option to revert to the 14 year plan should the quality of the recovered assortment and rough diamond market improve. Firestone believes by adopting the shorter plan, with the flexibility of reverting to the longer 14-year plan, they will be best positioned to operate on a sustainable basis should the lower average diamond values persist, and can take advantage of the longer life of mine should the average values received increase or if there is an improvement in market conditions. They have said they are making good progress on this plan, and in the first three months of the revised plan they realised slightly better values of US$81 per carat due to a combination of better rough market conditions and the recovery of a few exceptionally valuable small fancy coloured stones. The achieved prices are up from a Q1 low of US$69 per carat, and gradually moving toward the original estimate of an average base value of $107 per carat.