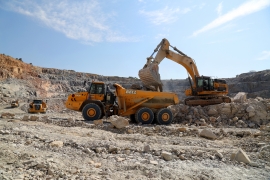 Kimberlite diamond deposits have been discovered in the Sese area of Chivi, with investors scrambling to start mining the gems that are expected to catapult Masvingo Province into a mining hub, reports Zimbabwe news outlet The Herald. Masvingo Provincial Affairs Minister Senator Josaya Hungwe said diamond mining was set to start in Chivi following the discovery, and said at a press conference the discovery of diamonds in Chivi would economically transform the province. “I have just been briefed about the discovery of rich diamond deposits in the Sese area of Chivi and the gems are not alluvial diamonds, but they are kimberlite pipes rich in diamonds discovered in the area in an exciting development for mining in our province and the entire country", he said. “We have made it clear to investors who are interested in extracting the gems to come up with proposals on how they plan to exploit the diamonds and Government will make a decision on how the diamonds will be mined.’’

It is believed the kimberlite pipes in Chivi fall under the same belt with diamond bearing pipes at Murowa Mine in neighbouring Zvishavane district. From 2004 to 2015, mining giant Rio Tinto operated the Murowa Diamond Mine, located near Zvishavane in south central Zimbabwe where it produced around 400,000 carats annually of large, predominately white, gem-quality diamonds. In June 2015, Rio Tinto sold its 78% interest in Murowa Diamonds to RZ Murowa Holdings Limited, an independent Zimbabwean mining company listed on the Zimbabwean Stock Exchange. The decision to sell came after Zimbabwe announced plans to merge all diamond miners, including Rio’s local unit, into one company in which the state would own 50% of the shares as part of its black economic empowerment program (BEE).