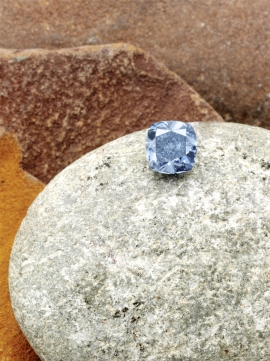 Petra Diamonds Ltd said Monday its earnings as well as revenue fell slightly in its first half as core earnings fell 8 percent, despite a rise in production, as the miner was hit by industrial action in the form of a Q1 strike in South Africa, the inability to sell the blocked Williamson parcel (71,654 carats still being held by the Tanzanian government) and the strengthening ZA Rand against the USD, which the company says had a combined impact of approximately US$18 million.

The company’s adjusted earnings before interest, tax, depreciation and amortization (EBITDA) fell to $80.1 million in the six months ended Dec. 31, from $87.1 million a year ago, with revenue falling to $225.2 million from $228.5 million in the same period a year earlier. Profit from mining activity, Petra said, fell to $85.6 million from the $92.2 million posted the prior year. Petra said output rose 9.6 percent to 2.2 million carats (mcts) in the first half, while carats sold fell 5.2 percent to 1.8 million due to the blocked diamond parcel not being sold.

Strong performance at the Finsch and Williamson mines, and improved production from Cullinan, was offset by the underperforming Koffiefontein and KEM joint venture operations.
An impairment of $118.0 million was booked by Petra in its first half due to the latter two, results in a net loss of $117.7 million for the period compared to a net profit of $35.2 million the prior year. The impact of industrial action in South Africa during Petra's first quarter was around 60,000 carats, the company said.

Looking forward, Petra said its full-year revenue expectations remain in line with consensus, including an expected sale of the Williamson parcel. Production guidance for its second half is 2.4 million to 2.5 million carats, which would bring full-year production to 4.6 million to 4.7 million carats. "H1 saw further growth in production to 2.2 million carats", said CEO Johan Dippenaar. "Our focus now is to keep on delivering from the new production blocks, particularly at Finsch and Cullinan where the expansion programmes continue to ramp up, and to further optimise the new Cullinan plant. The challenge of the strong Rand has also sharpened focus on our operating and capital expenses."