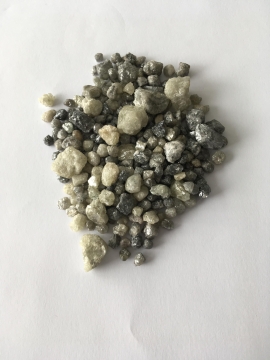 Zimbabwe appears ready to consider applications from companies mining platinum or diamonds to be exempt from a requirement that they be at least 51% owned by black citizens of the country, provided they can show they have a plan to achieve compliance, mines minister Winston Chitando said in an interview in Cape Town on Wednesday. One such company that would clearly fit the profile is De Beers, whose CEO of De Beers’ South African unit, Phillip Barton, mentioned that the company may be interested in Zimbabwe. "I’m excited about what I’m seeing in Zimbabwe," he said while discussing the miner's plans for a possible resumption of exploration for diamonds in South Africa’s Northern Cape. "If we get licenses, we would have a further look."

Zimbabwe has abolished ownership requirements for all minerals other than platinum and diamonds, but President Emmerson Mnangagwa said last month that those requirements may also be lifted in the future. "The law provides for flexibility," said Chitando, who was appointed minister after Mnangagwa replaced Robert Mugabe in December. He was previously chairman of Mimosa Mining, jointly owned by Impala and Sibanye Gold. However, each proposal "has to be something which is acceptable to government", he said. The coincidence may be unrelated, but given that the comments come during the week of the Mining Indaba conference in South Africa, one would imagine some rumours are flying. “We have Venetia mine that’s literally 20 kilometers from the Zimbabwe border,” Barton said on the sidelines of the conference in Cape Town. "Why would it be just on the one side?”

In addition, he said De Beers would consider seeking exploration licenses in Congo if the legal situation improves, as well as adding another ship to its fleet of five looking for marine deposits off Namibia. “The progress made in prospective countries like Zimbabwe and the DRC is encouraging,” Barton said in a separate statement. “Our focus in De Beers remains on those countries where we have well established operations -- South Africa, Namibia and Botswana.”