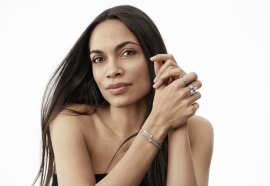 Last week Pandora announced it would no longer sell mined diamonds, and instead launched a collection using lab-grown diamonds (LGDs), as a part of their sustainability strategy. The announcement caused leading diamond and jewelry organizations to lash out as they believe the retailer misrepresented natural diamonds and caused harm to the industry.

The Group acknowledges the new LGD collection as a positive expansion of the jewelry industry but called on Pandora to market LGDs responsibly. Additionally, the organizations want Pandora to issue a public statement retracting the false and misleading narrative which positioned laboratory-grown diamonds as an "ethical choice versus natural diamonds".

Pandora said they would no longer use natural diamonds, which begged the question of how diamonds had been used in Pandora's low-threshold, low-ticket items. Of the 85 million jewels produced by Pandora last year, (small) natural diamonds were used in about 50,000 pieces, representing less than 1% overall.

In a joint letter, the organizations point out that the diamond industry employs tens of millions of people worldwide and their families and communities depend on the income and welfare that the natural diamond industry provides. More than ever these communities need the support of the industry, given the hardship brought on by the COVID-19 pandemic. “The misleading narrative created by the Pandora announcement implying the natural-diamond industry is less ethical and the impetus behind Pandora’s move to lab-grown diamonds, particularly given the inconsequential [amount] of diamonds Pandora features in its collections, can have unintended but substantial consequences on communities in developing nations,” the groups said. “The industry organizations have called upon Pandora to support communities by correcting the record.” They conclude their argument by warning that "potentially false and misleading assertions can diminish consumer confidence across all categories and create confusion which is detrimental to the industry as a whole."