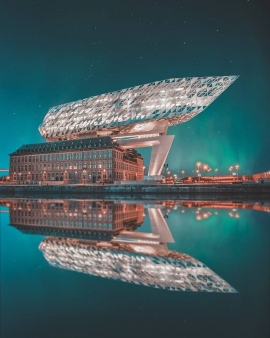 The Antwerp diamond trade was nothing if not balanced in 2018. The industry traded a total of $46 billion in 2018, representing an increase of less than a percentage point over 2017 ($45.9 billion). The value of value of the goods flowing in and out of Antwerp was once again divided equally between rough and polished goods, with the polished trade good for $22.9 billion and the rough trade representing $23.1 billion. The most noteworthy news emerging from the figures provided by the Antwerp World Diamond Centre (AWDC) is that Antwerp’s polished diamond trade saw four consecutive years of declining value come to an end, as its value grew by just under 2% to $22.9 billion compared to the $22.5 billion of total trade in 2018.

The value of polished diamond exports to Antwerp’s two leading markets, the US and Hong Kong (supplying China), rose in 2018 by 12% and 7% respectively. The gains in the average price per carat were a global phenomenon, rising strongly in the first half of the year before declining in the second half due to weakening currencies in China and India and uncertainties surrounding the US-China trade war. The average price of Antwerp’s polished diamond exports rose above the global average. It also seems that despite all the publicity surrounding synthetic or laboratory-grown diamonds this past year, concerns that their increased presence on the market will have a negative impact on the price of natural diamonds, particularly in the United States, have to this point not come to fruition.

On the rough market, where Antwerp retained its position as the world’s leading trade center, the overall value of goods imported and exported remained steady at $23.1 billion, compared to $23.3 billion in 2017. Here as well, a slight increase in the average price per carat compensated for a modest decline in the volume of goods traded. Rough diamond imports declined by nearly 3% in volume to 93 million carats while the $10.7 billion in value represents less than half a percentage point decline from 2017, as the average price of imported rough goods gained 1% at $115 per carat. Rough diamond exports fell 5% in volume to 121 million carats with a value of $12.5 billion, representing a 1% decline from 2017 as the average price of those exports rose 4% to $103 per carat.

The figures from Antwerp’s rough trade show clear signs of a global trend in the rough diamond trade over the past two years, with significantly higher volumes of lower-priced goods entering the market. By way of illustration, Antwerp exported 20% more rough goods in 2018 than in 2016, while the average price of those goods declined 18%, leaving the overall value of Antwerp’s rough diamond trade steady over the past three years.

The fact that Antwerp’s rough diamond exports consistently exceed its imports by significant volumes is attributable to the European Union serving as a single member of the Kimberley Process, meaning that Antwerp is not necessarily the point of entry of diamonds to the EU, but is almost always the point of exit. Two of the world’s largest mining companies (Rio Tinto and Dominion Diamond Mines), with a combined annual production of 25-30 million carats, export their goods from Australia and Canada to Great Britain, and many of those goods subsequently travel freely to Antwerp where they are traded. All eyes in Antwerp will therefore be focused on the developments surrounding the Brexit, as it could potentially have a significant impact on age-old trade routes to Antwerp’s diamond trade in 2019.