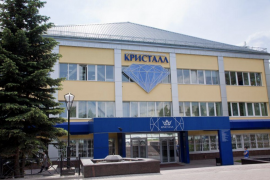 In a move that should come as a surprise to precisely no one, Russian diamond giant ALROSA has confirmed plans to acquire the country's largest diamond-polishing company, Kristall Production Corporation. Deputy Finance Minister Alexei Moiseyev told PRIME News Agency that a deal has been reached with the Federal Property Management Agency (FPMA), which will be completed by the end of the third quarter of 2018. The market price is still to be determined.

Moiseyev said there will be a government order containing a market valuation of Kristall, which is currently being conducted by the FPMA. He said that ALROSA has already conducted such a valuation on its own, and it showed that the value of Kristall, taking into account its debt, is positive, but not too high. Last month, ALROSA received the approval of its Supervisory Board for the acquisition of the Kristall diamond cutting factory. According to industry experts, if the deal goes through, the Russian diamond mining giant will become a stronger competitor to Anglo American’s De Beers, the world’s largest producer by value.

ALROSA already has a polishing business, but it only made $96.9 million of revenue in 2017, and ALROSA CEO Sergei Ivanov told The Diamond Loupe earlier this year it is not about to change it focus on mining. Meanwhile, Kristall manufactures around 300,000 carats a year and generates revenue of around $200 million. Kristall and other Russian cutters currently buy stones from ALROSA at similar terms than overseas companies, but they are struggling to compete with much larger polishing centres like in India.