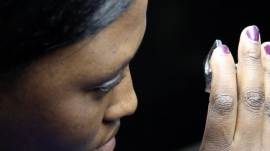 Sky Investments, which is owned by the Hong Kong-based KGK group, has officially opened a new cutting and polishing factory in Windhoek, Namibia. While the factory has been in operation since the middle of last year, Minister of Mines and Energy, Tom Alweendo, officially opened the new facility last week, saying, "Today’s opening of the Sky Investment factory is a major milestone for the cutting and polishing industry in Namibia in the sense that it speaks directly to the benefits that the Government of the Republic of Namibia envisaged with the signing of the new sorting, valuing, sales and marketing agreement in May 2016,” said Alweendo. He noted that the government strongly believed the improved terms of the new agreement, signed with the De Beers Group, would result in increased opportunities for job creation, skills transfer, investment in infrastructure and technology, and a further integration and empowerment of Namibian citizens at all stages of the diamond value chain.

Alweendo added that despite being operational for less than a year, the factory has already started processing Namibian diamonds. He said it was encouraging to see that young Namibians are undergoing training that would ultimately empower them with the requisite skills to add value to Namibian rough diamonds in the future. “The Namibian government remains committed to the vision of downstream diamond beneficiation, which is aimed at boosting employment creation and local value addition activities by creating a healthy investment climate for our esteemed investors and sightholders", said Alweendo. SKY Investments has already identified five Namibian apprentices who will receive intensive training at the group’s main factory in India. The Windhoek factory currently employs a staff of 53 people, expected to increase by another 30 as production ramps up. The KGK Group, headquartered in Hong Kong, is active in 19 countries worldwide, now including Namibia. The KGK Group has subsidiaries in South Africa and Botswana, and are registered sightholders in both countries.