Sears Ordered To Pay Consignment Vendors For Sales of Goods 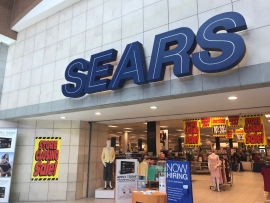 An interim order regarding the liquidations sales of 142 stores that Sears plans to close as part of its bankruptcy reorganization recognizes the ownership rights of vendors that have supplied merchandise to the retailer on memo. Those vendors, which include diamond manufacturer Rosy Blue and jewelry supplier Vijay Gold Designs, objected to Sears' plans to close the stores because the stores held goods supplied by the vendors on consignment and believed Sears would to sell their merchandise “whether they own it or not.”

The court order reads, "The Debtors [Sears] are authorized to sell goods and merchandise shipped to the Debtors pursuant to a consignment agreement with a consignment," but they are also, "directed to establish a separate, segregated account which shall be funded with the reported amount of Vendor Proceeds." Those proceeds may not be appropriated by Sears' creditors. As JCK's Rob Bates explains, "Unlike the Whitehall Jewelers and Sports Authority bankruptcies, where the interest of consignment vendors was challenged and litigated at length, Sears’ lawyers immediately said they “understood” the vendors’ objections and worked with their counsel toward a negotiated solution."