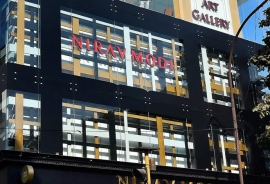 A US court last Thursday passed an interim order that prevents creditors from collecting debt from Nirav Modi-owned Firestar Diamond Inc (FDI) and its affiliates after it filed for bankruptcy. Modi, who is being investigated for illegal transfer of nearly $2 billion from Punjab National Bank, has a majority stake in Firestar Diamond and its other sister companies through his other companies. FDI filed the Chapter 11 voluntary petition in the New York Southern Bankruptcy Court last week, and the bankruptcy court said that the filing of case imposed an automatic stay against most collection activities. "This means that creditors generally may not take action to collect debts from the debtor or the debtor's property," the bankruptcy court said. "Creditors who violate the stay can be required to pay actual and punitive damages and attorneys fees," the court warned in the order, copies of which have been transmitted to multiple stake holders, including a few dozen creditors of FDI.

The interim relief comes days after Mihir Bhansali had filed for bankruptcy on behalf of three companies – FDI, Fantasy Inc, and A Jaffe Inc (AJI), of which he is the president and sole director. He said Firestar intends to continue to operate their businesses while seeking an infusion of capital or the sale of its businesses, in whole or in parts, as a going concern. "The Debtors expect that the Chapter 11 process will add a sense of order, alleviate some of the concerns expressed by vendors and customers", said Bhansali, adding that, "“Early expressions of interest in purchasing some of or all of the debtors’ business operations have been strong.” According to court papers, FDI and Fantasy currently have jewelry merchandise on consignment with their customers having an aggregate consignment price value of approximately $33,250,000 million. AJI currently has jewelry merchandise on consignment with its customers having an aggregate consignment price value of approximately $7,300,000.