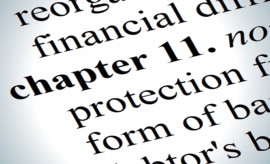 According to The National Jeweler, a Delaware judge this week has dismissed the Chapter 11 cases Exelco NV and its subsidiaries filed in the Delaware (US) Bankruptcy Court, ruling that the cases should be heard in Belgium. U.S. Bankruptcy Judge Kevin Gross earlier called the Exelco bankruptcy "a mess". A few weeks ago, in November, KBC blocked a US$6 million stalking-horse bid by closeout company SimplexDiam, proposed to the court by Exelco.

Exelco filed for bankruptcy in the U.S. back in September in an attempt to gain protection from KBC Bank liquidating the company's assests, a process it had aleady begun. Exelco has claimed that KBC has been violating the Chapter 11 automatic stay by trying to have Exelco liquidate in an already-filed case in Belgium. But the bank argued that the loan in question was written under Belgian law and is linked to Belgian collateral.