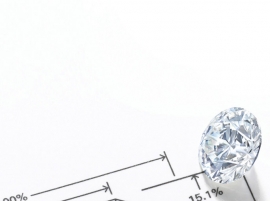 Last month, De Beers Group Institute of Diamonds announced it is partnering with the International Institute of Gemology in India (IIG) to deliver diamond education courses throughout India. The IIG has been operating for more than 50 years and is recognised as a leader in gemology and in diamond and jewelry education in India. Jonathan Kendall, President of De Beers Group Institute of Diamonds said: “We are committed to supporting the industry with a range of key services. We believe the Education and Development of people is key to the industry’s long-term success. The internet allows consumers a deeper understanding of diamonds and jewellery than ever before so it’s vitally important those employed in the industry can talk with knowledge, authority and confidence.”

As JCK's Rob Bates explains, "the name change was long anticipated, particularly after De Beers bought out LVMH’s share in the De Beers Diamond Jewelers retail chain in 2017. Prior to the purchase, the retail chain had the sole right to use the name De Beers commercially."