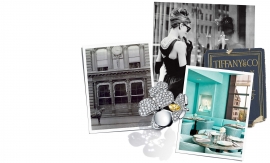 According to several reports, LVMH's raised offer of 16.7 billion US dollar - from the 14.5 billion offered and declined earlier -  might be convincing enough to persuade TIffany's and the deal could be concluded fast, insiders say. If so, Tiffany's would be joining LVMH's portfolio, which includes Bvlgari, Louis Vuitton and Dior and put the luxury conglomerate in a more interesting position to compete with rivals, such as the Swiss-based Richemont.

If the deal goes through, it would be the largest acquisition in history.