Sales Fall 5% in H1 at US Jewelry Stores 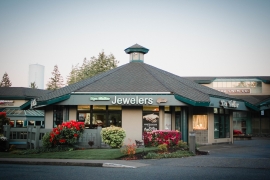 As reported in May, the list of Chinese products to be hit by 25 percent tariffs imposed by the U.S. government at the behest of President Donald Trump is expansive and includes a broad swath of jewelry products. The first wave of 'List 4' products subject to an additional 10% tariff went into effect on September 1 and there is no data about its impact to date. On May 9, the U.S. Trade Representative listed $300 billion in Chinese products that will are now subject to tariffs of up to 25 percent. The list includes: diamonds and synthetic diamonds; precious and semiprecious stones; rubies, sapphires, and emeralds; silver jewelry; gold necklaces; synthetic gemstones; but also metals used in jewelry creation, such as gold and silver.

In 2018, China imported into the U.S. some $2.09 billion in jewelry, or 15% of all US jewelry imports, so the impact of the new tariffs could be significant. On the contrary, China only imported $233 million of gem diamonds to the U.S., about 1% of all their diamond imports. Diamond traders we have spoken to see little impact on the overall diamond imports to the U.S. - not only is 1% a small share, but the goods can be easily rerouted to a different country that is not subject to tarifffs. It is almost impossible to determine where a diamond was polished, though synthetic-diamond production, higher in China than elsewhere in the region, could have a bigger issue. It is expected that some of China's jewelry exports will also be rerouted, though it would come with a high degree of risk. Exploring other ways to get around the tariffs, the South China Morning Post, for instance, wrote that interest has grown concerning the idea of utilizing the cross-border zones that currently exist between China and Vietnam, where exporters from China could assemble products and label them as “made in Vietnam”.